By: kellshub|Published on: th May, 2019|Categories: News| 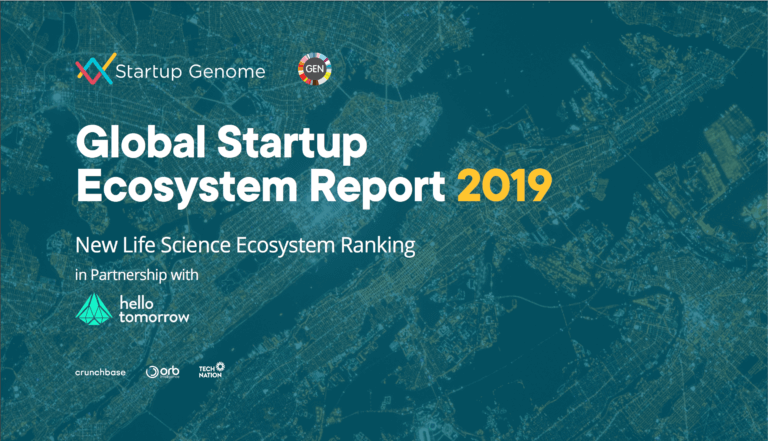 Over the past two years, the global startup economy generated $2.8 trillion in economic value. This figure, comprised of startup valuations and exit values, was a 20 percent increase from the prior two-year period.

This estimate comes from the 2019 Global Startup Ecosystem Report(GSER), out today from Startup Genome and the Global Entrepreneurship Network (GEN). The report includes, among other things, a ranking of the top 30 startup ecosystems and an analysis of Life Sciences ecosystems. Astonishingly, there are now nearly 50 regions worldwide creating at least $4 billion each in ecosystem value. Two decades ago, during the peak of the dotcom boom, only four regions had that much value generated by startups. Happily, we continue to see rapid ecosystem growth in places like Jakarta, Seoul, and the Greater Helsinki region.

Yet, in our analysis, significant gaps emerged. In particular, there is a serious dearth of female founders.

Globally, in our data, only 17 percent of tech startup founders are women. We analyzed over 80 ecosystems, and in none of them did women make up a majority. Chicago topped the list with the highest share of female founders. This may not be surprising given the impact and success of programs like WiSTEM at 1871.

Half of the 10 ecosystems with the highest shares of female founders are in the United States (see table). Only one European region makes the top 10: the Mid-East Region of Ireland, which comprises three counties (Meath, Wicklow, and Kildare) around Dublin.

Among our top 15 global ecosystems, four have female founder shares of less than 10 percent: Tel Aviv, Berlin, Paris, and Seattle. Only New York City and Shanghai, among the top 15, have shares above 20 percent.

Across the world, then, and particularly in top-performing startup ecosystems, half of the population is barely participating in the part of the economy–tech startups–generating trillions in economic value. Imagine how large and fast-growing the global startup economy might be if women were more fully represented.

The news for diversity is not all bad: the 2018 State of Latino Entrepreneurship report from the Stanford Latino Entrepreneurship Initiative (of which our own Arnobio Morelix is a part), found that the number of Latino-owned businesses in the United States rose by 46 percent from 2007 to 2012. During that same period, the overall number of companies dropped in number.

Yet Latino-owned businesses “start small and stay small,” with only three percent generating more than $1 million in annual revenue. Of these “scaled firms,” 24 percent are in the tech sector, compared to only 8 percent overall for Latino-owned businesses. Expanding access for Latinos and others to more fully participate in the tech startup scene would clearly contribute to economic growth.

The need for greater inclusion is not a secret: ecosystem builders everywhere consistently express the need for greater female and minority inclusion. And, there appears to be no shortage of programs specifically devoted to closing gaps. The economic incentive is plain: increasing female and minority participation as tech founders will create jobs and wealth. So what else needs to be done to close gaps?

The SLEI report highlights some growth barriers that pertain to Latino-owned businesses. Access to capital is often cited as one, but scaled Latino-owned firms cite taxes as a barrier to a greater extent than unscaled firms. Business certification, in order to qualify for government procurement opportunities, is cited as a major growth driver for Latino-owned firms. Yet a persistent complaint among business owners of all kinds is the burdensome process of trying to secure procurement contracts. Certification is only a first step.

Efforts to help increase women’s economic opportunities abound, from women-only entrepreneurship programs to entire ministries dedicated to women. Sometimes it appears as if smaller steps might be more effective. When I worked at the Kauffman Foundation, we found that the language used by support organizations and programs could act as a powerful disincentive. Even for activities and programs that stressed outreach to women, the words “startup” and “founder” didn’t resonate with women as they did with men. The best efforts will run aground if potential participants perceive them to be exclusive merely because of word choice.

There is plenty to be optimistic about in the #GSER2019, but the global share of female founders, at 17 percent, is sobering. Much work has been done, but so much more remains to be done.